This rail is a real hidden gem, tucked away in a locked courtyard of an old industrial building in Williamsburg, Brooklyn. We were crashing a house party when my good friend Jack discovered this rail, after drunkenly falling into it head first. Realizing he was okay, our attention segued to this amazing 90 degree curved down rail. Shawn and I decided then that we needed to come back here to shoot a photo for the site.

The next day, Kunga found that his passport was missing, and urgently needed to know where it was that we had been the night before, and who lived there. It was as much a mystery to him as it was to everyone else. After a series of phone calls, we were able to track down Alyssa, the girl who threw the party.  Kunga went by with no luck in finding his lost passport. The next week, still having the phone number, Shawn leaves a charming voicemail for Alyssa explaining that he is a friend of Kunga’s, and wanted to shoot some photos at the rail in her courtyard. She calls back, a bit confused, but offers to let us skate it the next day when she was going to be home. The rail had never been skated and was coated in a combination of rust and chipping paint. Luckily, our host had some candles available in her living room. 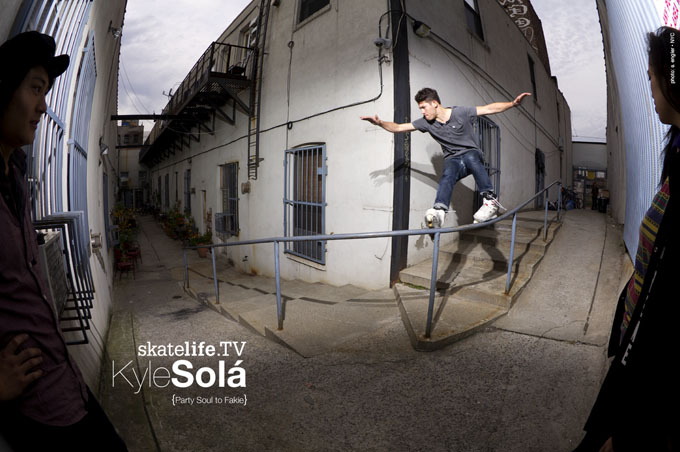 The day before, I received a message, from my friend Melissa, letting me know that there was a halfpipe that was open to the public at Prince and Mott St in Little Italy. Fortunately, we had some time before the sun was going to set. We finished up with some portraits at the spot and made our way over the bridge into Manhattan.