ON THE ROAD: 2012 Escape From New York… Part THREE… You Could Win A Spot, and that SPOT IS WON! CONTEST WINNER!!

This weekend, April 21st & 22nd, the third leg of the The Escape From New York Tour kicks off!! A few weeks ago, we [skatelife.TV & EFNY Film/Production Team] decided to launch an Online Edit Contest for any Bladers (within contest rules) to compete and WIN THEIR SPOT on the EFNY Tour.  From April 16th to April 19th until midnight, our skatelife.TV Facebook wall stayed opened to the masses, edits were posted, viewed and the voting began!

Minutes after the deadline: I started my hour long BLOODSHOT EYE inducing repetitive slash meticulous counting session of AUTHENTIC VOTES (cause you know…voting for yourself doesn’t count *wink wink*).  With my pseudo woes and Sam’s one of many late night CARPEL TUNNEL activating EDITING spells for his steady streaming clientele (busy guy I tell you), the ANTICIPATION to start filming for the third leg of the EFNY tour started creeping up the spine…FAST!!

Time is flying: Part three of EFNY starts pretty damn soon and right about now it’s 3:20 something in the AM on Friday. Sam D and myself [Moronie Moronie] are texting back and forth dishing out last minute ideas on how the winner of the EFNY Tour should be announced. Ahem *dramatically clears throat* …ghouls and ghoulettes, bladers and bladies, “Midnight is GONE and the contest is OVER…The Battle of the Blades is finally WON, it is now time to reveal the WINNER of The EFNY 2012 Tour…”

Special thanks to all that participlated. The winner will shred along side Trevor Johnson, Jesus Medina, Jose Henriquez, and SPECIAL GUEST Brian Bruno.

The 2012 Escape from New York Tour Part 3: CONTEST WINNER from skatelife.TV on Vimeo. 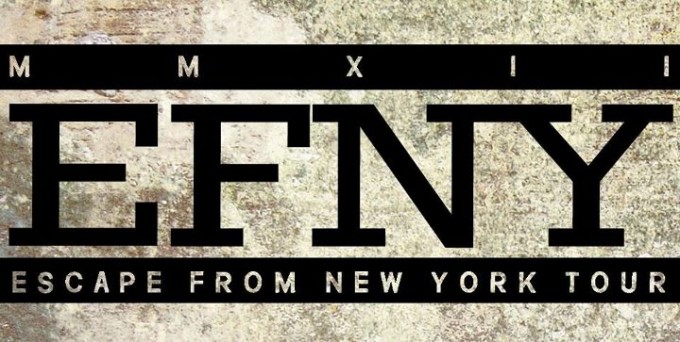