Welcome to Shredweiser. I’m one of the newest dudes to join the crew. It’s been around for a lot longer than most people think. Back in 2007 Chris Dafick, Erik Stokley, Austin Barrett, Mike Peluso, Kyle Lypka, Nico Magalhaes, Tom Molyneux, and the list goes on, started the Shredweiser SHINANAGANS. It started as a crew of friends from New Jersey that all shared one thing in common… Shredding, getting fucked up, and repeating. It didn’t matter that some of the homies skateboarded or rode bikes. Everyone saw past the bullshit that a lot of people have problems with for some illogical reason.

Eventually some of the NJ dudes started moving to Oakland, CA and everyone else realized they had an opportunity to move out of their hometown. So here we are a bunch of dudes that live in Oakland now and the only way that it’s possible is because we have been cramming anywhere from 8-15 people in the house at once. If one person leaves, then two more show up. Then eventually they move out and a week later 4 more people move in. The house is never the same for more than a week or two without something drastic changing. It wears on everyone, but so far we have been willing to sacrifice a lot to keep this going. I have been here for about 7 months and a lot of the other heads in the house have been doing it for about 2 years or more. It’s nice getting to blade the sickest spots with all the homes but living with 13 people in a four bedroom house can be a little ridiculous at times.

We are a crew that sells wheels, t-shirts, or whatever else we can afford at the moment. We are also the one company that gave their dog a pro wheel. All in all I think we got to where we are now (which is still nowhere) because everyone in that crew realized that what they had going on was rad and it was a huge missing link of what Rollerblading needs right now. In my opinion I think Rollerblading, just like any other kind of sport, needs to have every angle covered as far as styles of music, the stuff people choose to skate, or just a certain attitude. It used to be there, but i haven’t seen it in awhile. Kids that like the music we like, or clothes we wear can now relate to us when they see us blading, or see our product in a shop. Just like if a kid is into hip-hop and looking fresh, he needs to see rad Blading of people doing what he likes so that he can relate and be attracted to it. Everyone in Blading, well as far as the internet goes, is up their own ass about what they like and are trying to block out certain genres of Blading by talking shit all over the place, (mainly those really cool Messageboards everyone goes on).

I am sorry to disappoint you people but if you want Blading to get bigger, because thats all everyone ever talks about, then you have to go out and try to make it more rad instead of sitting there talking shit on the same thing that you soooo passionately love. If people that Blade are hating on Blading, then how do you expect someone that doesn’t Rollerblade to be attracted to it. If you don’t support Rollerblading to the fullest then get the fuck out because you’re slowing the rest of us down.

In conclusion I should probably say some more things about Shredweiser. We are not anything special. We are not trying to be something that we are not. We are just a crew of friends that all want to do the same thing and that is make Blading/BMX/Skateboarding look as sick as we possibly can. It might not be your cup of tea, but it is for another kid. So shut the fuck up, keep doing your thing, go skate, go film, and make skating look as sick as you think you possibly can. 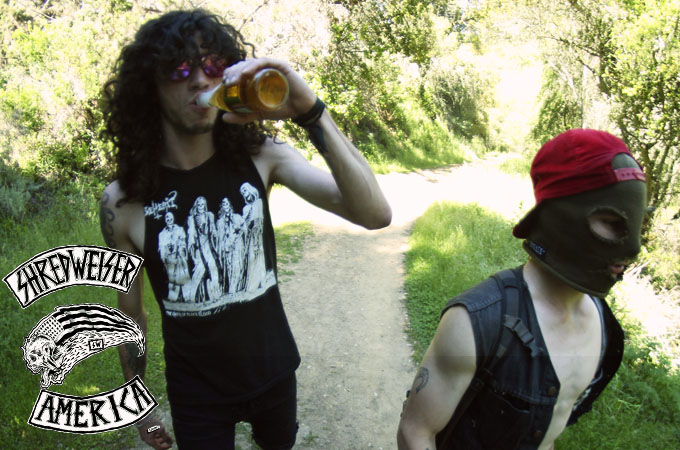 ON THE ROAD: Florida Tour with Chris Dafick