For most of my Blading lifetime I have thought about ʻdifferentʼ kinds of tricks to do from the norm. Thatʼs my thing, I love it. However, lately I began thinking about not only different kinds of tricks but also different definitions of Blading.  When I say definitions of Blading I am thinking of the reasons why we put our skates on.  For example, “Blading is fun” is a definition of Blading. But, that is by no means the only definition we have come up with; Rollerblading has been and continues to be fun, sport, art, drug, therapy, expression, job, religion, distraction, metaphor, personality, poetry, martial art, crowd applause, video production and the list goes on and on… Typically, a skater’s personal needs define what he or she gets out of rollerblading.  Some kids need therapy, others need friends, others need to be little samurai warriors and some others like to ﬁlm.  To varying extents this tendency for Blading to fulfill a persons unconscious wants and needs carries on into adulthood.

Lately, I have felt stuck in a prove-yourself definition of Blading. For the last 6 years or so, I have been trying to prove something to myself by reaching a kind of personal vision. Unconsciously, I was trying to prove to myself that I was an artist by turning Blading into an art. The truth about whether or not a person is an artist, or anything at all has nothing to do with whether or not Blading is an art. Blading is simply wheels strapped to a persons feet. I was confused. Blading itself is indefinable – a rich person uses it in a rich way, a poor person in a poor way. I want to do right by Blading, not right by some goddamn Blading definition. The new trick Iʼm working on is learning to consciously use those definitions in order to reach joy, rather than allowing those definitions to put rollerblading in an unhappy box. I want to remain in touch with the reason I went and skated alone in high school, grinding along church ledges in quiet zen rapture. I want to blade in this quietness for the rest of my life, but I need to define Blading for myself and not let my unconscious desires eat Blading alive and me in the process. It’s easy to lose sight of the indefinable while in a forest of definitions. It’s easy to get lost in Shred Forest. 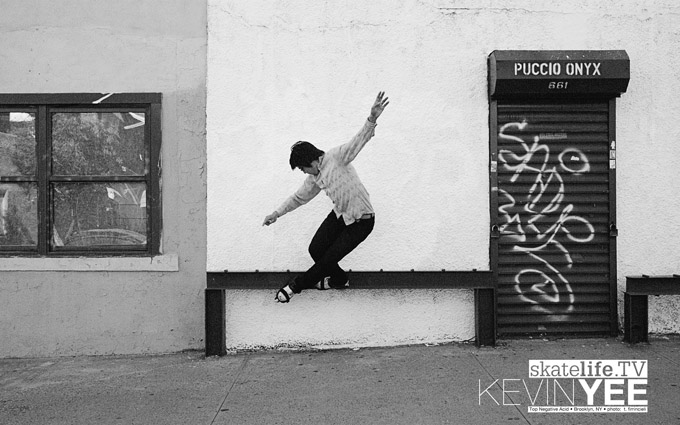 Every edit is an opportunity to prove yourself.  Fuck that, Iʼm going to use this edit as an opportunity to capture something Iʼve been putting off. Fun. My favorite thing to skate for fun is the Berkeley Skatepark, specifically the bowl. That bowl is really special to me, and its one of the reasons that I still skate today. In 2005, I was going to UC Berkeley, studying philosophy, and my skates were growing dust. Around that time I had my first heartbreak. I steadied myself and looked to an old love to ﬁnd confidence. And so I found myself forgetting everything while ripping around the Berkeley bowl, carving fakie under the skatepark lights. Rollerblading is a great form of therapy! So are good friends, journals, and new experiences. Long story short: I got over it, but I didnʼt get over skating the Berkeley Bowl. I soon joined up with the ʻBerkeley Crewʼ, which at the time included Ricardo Moran, Jimmy Wong, Dave Tran, Jon Lee, and Brandon Ballog. These guys all became my good homies. Our tradition was to skate Berkeley park and then go eat Nan and Curry. Eventually, my friend Ricardo moved in with me and lured me out street skating with him. I thought I was too old for it/over it but it turned out that all of the skatepark sessions had whooped my ass back into shape and I started to reconnect with the street skating reality.

Over the last six years I have always relished the chance to skate the Berkeley bowl. When I go to Berk’ park I leave my camera at home. And when I skate there I feel a magnetic pull from the bowl. If no one is skating the bowl I will take run after run after run. Often on Wednesday night skates I will pop out of the bowl after a long run and hear people clapping, and Iʼll trade high ﬁves while wondering what the hell I just did. Skating the Berkeley bowl has really become a meditation for me. The sense of meditation that I mean is best explained by Mihaly Csíkszentmihályi as the ﬂow experience. I think as Bladers we can all relate to the six factors that constitute the ﬂow experience. I made a diagram to best illustrate this:

1. An intense focus on the present moment ——————> pulling
2. A merging of action and awareness ————————-> staying fakie
3. A loss of reflective self-consciousness ———————> hog out
4. A sense of personal control over the activity ————-> ripping
5. A distortion of oneʼs subjective experience of time ——> blacking out
6. An experience of the activity as intrinsically rewarding——->budzing 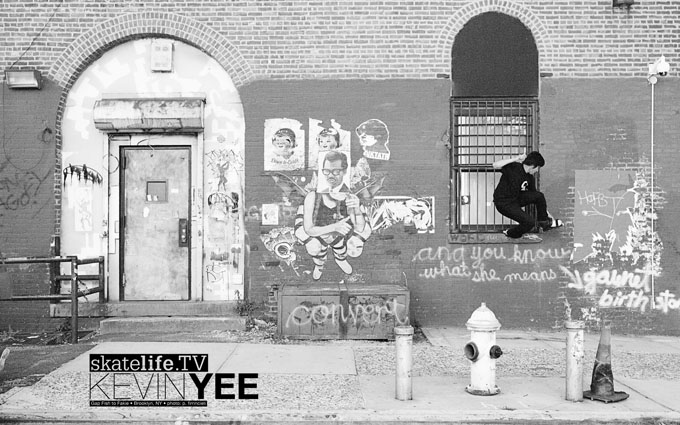 With the goal of capturing this ﬂow experience at the Berkeley Skatepark I called my friend Jeremy Raff and asked if he would ﬁlm it for me. Jeremy was down and we made plans to meet the next morning in Berkeley. Right after I hung up the phone I started very naturally thinking about what I wanted to do in the bowl. I thought of some awesome stuff but then I stopped myself and thought, “Hold on buddy! The point of this section is not to impress anyone. This is about capturing my ﬂow experience in the Berkeley bowl on an ordinary day with no camera and most importantly no expectations.” While at the skatepark the next day I found myself awkwardly ﬁghting the desire to plan out an amazing line rather than just drop in and get lost in the ﬂow. But, as the session went on I was able to loosen up and enter the ﬂow. After watching the edit my mind was ﬂooded with trick ideas for the bowl. This time I wrote them down and reflected that it had been a while since I had been this excited about rollerblading.

Thanks to Pietro Firrincieli for taking the photographs, Jeremy Raff for ﬁlming and editing the video, Jon Hall for music guidance and SkateLife.TV for providing an honorable space to budz. Also, thanks to my sponsors Xsjado and Ground Control. Plus, watch out for the “Stay Fakie” video coming out of San Francisco in 2013!!!