INSIGHTS: The Humble Perfection of David Sizemore by Tom Hyser

David grew up in ATL, the same city in which I operated a skate shop called Skatepile for 8 years. Just as Skatepile moved into the famous Rampage Skatepark, I met three little dudes that where skating at a very high level for their age. Those three little dudes have now become grown men that shred like men; Cody Porche, Julian Bah, and David Sizemore. David would come into the shop and ask a thousand questions a day, then he and his buddies would sit there for hours watching “Brain Fear Gone” and countless other videos. I recall David loving “Brain Fear Gone” so much that whenever I would play that video he would study every movement and just become hypnotized. You see, David has this ability to watch the movements of other skaters and apply them to his own skating. He has taken his years of video studies and become the most technical skater ever. 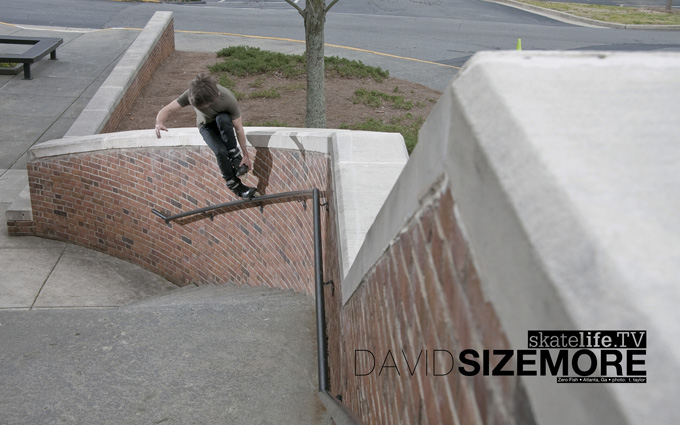 The best skaters always progress their style and technique…look at the phases of Latimer, Petty, Farmer, etc. You have to experiment with your style until you feel comfortable in your own skin and David is no different. It’s absolutely rad to see David as an adult; he’s an amazing artist. He always carries a video camera or his medium format camera capturing the world from his point of view. He’s the guy to tell you that Instagram is the best thing that ever happened. So, instead of just taking thousands of photos no one will ever see, he uses this outlet and straight away posts his imagery. Go ahead, follow David on Instagram and see what I’m talking about because his photography is just as in depth and creative as his blading.

Sizemore’s skating is next level and to boot he always has clips stacked up and ready to go. To this very day, I don’t know anyone that can produce so much footage so quickly. In a matter of a week he can have enough footage for a full section. However, David would tell you that all the footage sucks and needs to be re-done. That need for quality is what makes going on a shoot with him always intense as his desire for perfection is endless, he will skate for hours and hours until it’s done right and this is exactly why his sections are so bad-ass. 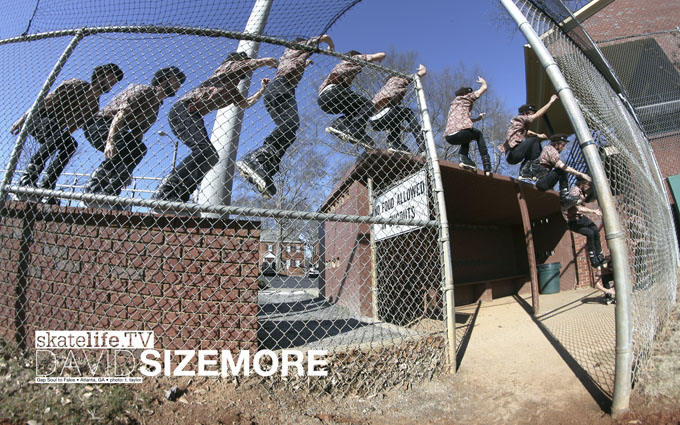 An intensely loyal friend and this is especially true with his sponsors as well. Sizemore has skated for RB (Rollerblade) for over ten years. He still hangs out with all the same bros from the Rampage days, these guys have been skating together since they where little kids. David’s child like vibe is contagious. He’ll nerd out on skating and then blow your mind on his ukulele. Doesn’t take much to make him happy, get this dude a plain cheese pizza and some crispy plain chicken wings and he’s content!