I met up with my friend and very talented BLADER Jordan Baez today to explore Roosevelt Island and see if we could come up with some interesting blade photographs. I’ve been to Roosevelt Island quite a few times to visit friends out there, but have never had the opportunity to shoot there. With a plethora of spots to choose from, we set out at some red rails right off the Tram.  I originally intended on shooting the whole thing with FILM, but after loading the back of the camera and shooting one frame, the camera locked up due to the battery being dead.  I was, to say the least, less than pleased with the situation. Jordan helped me pull through though, suggesting that, since we made it all this way, about an hours trip lugging around 20lbs of equipment, we might as well make the best of it and just shoot DIGITAL. So we kept exploring the island and came upon these red benches under a red metal sculpture. I originally shot from the ground but then readjusted my position to be above Jordan, threw on my 16mm lens and began shooting from atop the metal sculpture. Jordan hopped up and laced a clean Makio to fakie. We then proceeded to another spot that was right next to the water, with Jordan coming through again, this time with an AO Top Porn. Tired of lugging around 20lbs of equipment and feeling satisified with what we got, we called it a day and went our separate ways. Jordan’s persistency to get things done, on and off his BLADES, in order to support his local scene, is something to admire, and is something that I respect greatly. 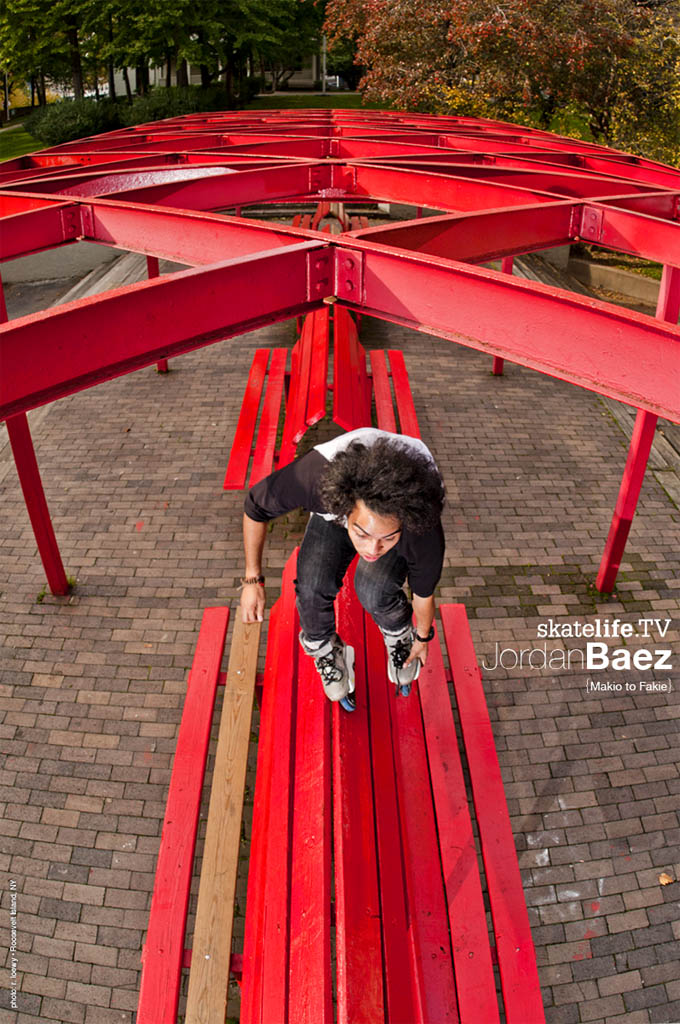 2010 quick clips with Jordan Baez from Jason Rivera on Vimeo.

Filmed with sony fx1000 and Canon 7d. Had more clips but lost the tapes lending them to a friend to edit. These were the only clips we can use.